We all have families to return to. We have things to do and places to be the following morning. We live in fragile bodies, and things can change utterly in an instant. 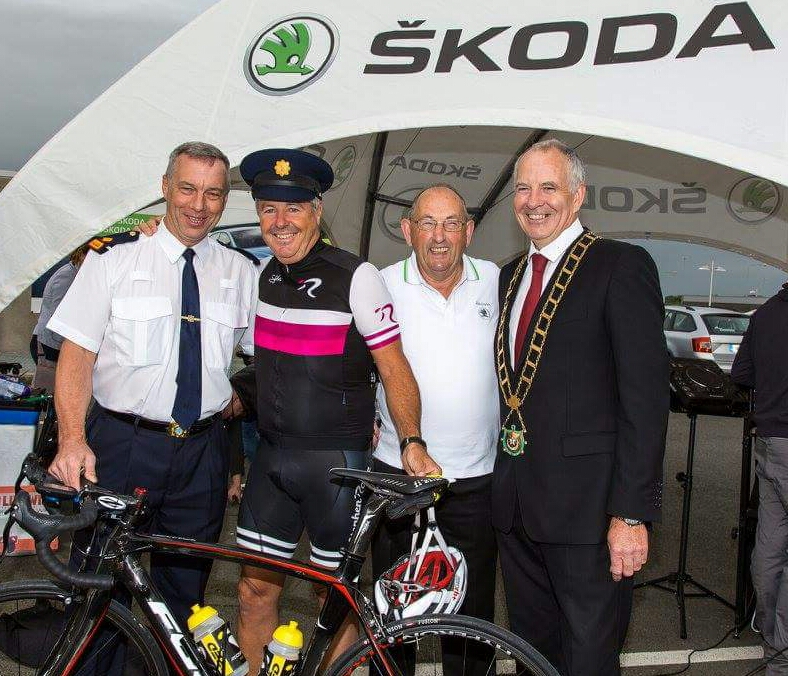 I met with captain Murphy in Droheda. I had been promising this man that we would cycle together again. This promise has been on the back burner since our Endurance Challenge back in August 2014. So, when I got an reminder from Skoda about the Boyne Valley Classic I saw it as our opportunity to reunite.

Registration and pasta on Saturday.

Plans were made, online entries sorted, and I headed to the Wee County with my friends Anne, Mike and Declan to meet up with Tony and another of our 2014 colleagues, Eugene.

Unfortunately, the day turned wet, and later on it turned miserably wet. We took the decision to abandon the 150k route in favour of the 100k, and after the rainsoaked sportive we returned to Skoda Motors in Droheda worse than drowned rats.

That said, we did enjoy the route and the good spin together. No complaints there. We did complain amongst ourselves about the setup at the foodstop, where 5 (willing) volunteers attempted to serve nearly 500 from a single hatch. It was slow, painful and uncoordinated. The miracle at Collon it definitely was not! Jesus worked his first miracle at Cana, and they could have done with a bit of his help today. But, in fairness, this is the first year of this Boyne Valley Classic, and it’s very likely that this issue will be fixed for 2017. We were somewhat lucky because we completed the first half at a brisk 30kph average and arrived in Collon towards the top of the queue. As we left twenty minutes later, we were saddened to see many cyclists standing in a line stretching out into the rain. 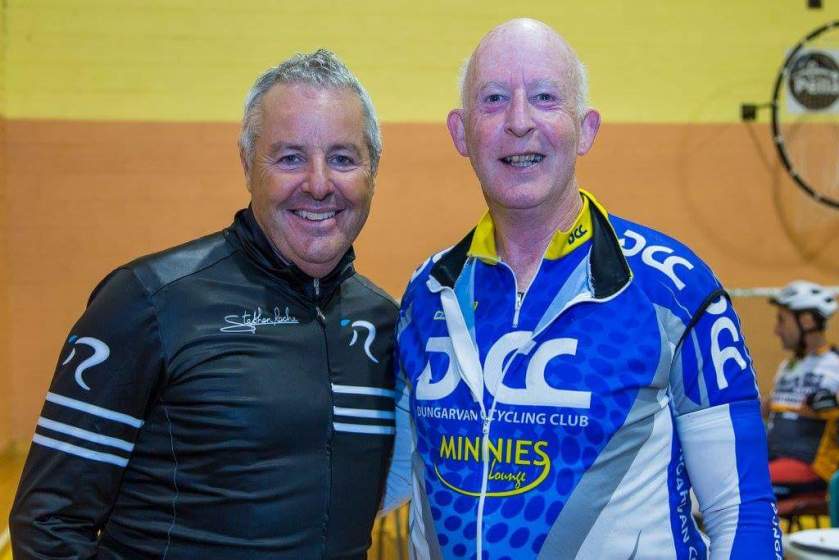 I’m always one to seek out the bright side. Here are some positive memories:

How can I move from the specific to the general? What something might be worth writing about in general cycling terms? In this case, it’s a no-brainer. Safety in a big bunch is top of my feed after today.
There was one very nasty looking accident just ahead of us at 35 kilometres. I counted four on the deck or picking themselves up gingerly. Luckily for us, it happened within a group about thirty metres ahead of us. There was a gap, and the frantic shouts from the head of our group gave us time to come to a safe stop. It could have been very different, because our large group were clipping along at a fast pace and passing many groups. We would have been ready to pass the group ahead within a twenty to thirty seconds, and likely the number of fallers would have been higher.

Here’s my take on things:

Based on the above, caution was to be advised. Certainly, no one was reckless and potholes were called. Riders were respectful and they understood usual group etiquette. But it’s very different from riding a local Sunday spin with one’s local club.

Upon coming to a halt behind the unfortunate accident, it was apparent that no one was seriously hurt. A few bruised bodies and bikes; so we proceeded towards the fateful foodstop at Collon, just a bit quieter within ourselves.

We all have families to return to. We have things to do and places to be the following morning. We live in fragile bodies, and things can change utterly in an instant.

With that, I think I should return to my focus on the bright side. We enjoyed the event, despite the major organisational flaws. The rain stopped shortly after we finished. Our friend Anne was singled out for a Skoda event interview, because she had completed all three during the year. Immediately, we journeyed speedily from Droheda towards Dungarvan, and strong sunshine broke through at Leamybrien.

Footnote: I have been asked why do I write of such events?  Primarily, it’s for myself, to remember the details of the day. I suppose also, I like to think that somewhere within these reminiscences, someone else may be encouraged to participate in events such as these.

What will you set your mind to achieve? Whatever it is, do what you must to get it done, and do not be deterred by misfortunate days. They are the testers.